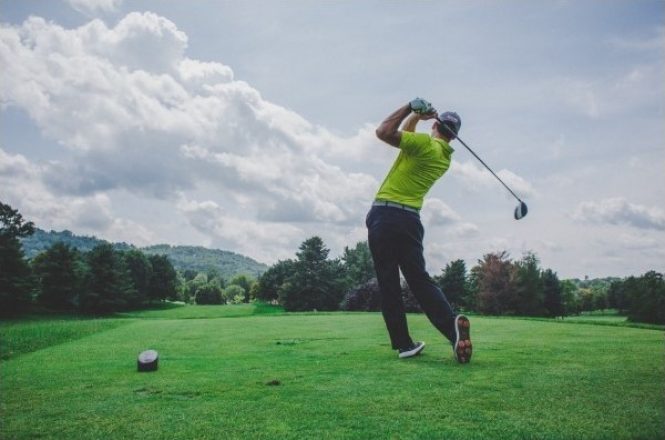 Can business learn from golf?

What do golf, business and architecture have in common? From the outset, they may be worlds apart, says Ken Earl, Director of Box Architects. Here, he argues that the business world and yes, even architectural practices, can learn a thing or two from golf.

I was fortunate enough to be invited to a recent Harrogate business lunch by Appleyard & Trew to listen to guest speaker, Thomas Bjorn, golf’s winning European Ryder Cup captain of 2018. It turns out that with a record attendance of almost 600 guests, I was not alone in my excited anticipation of Thomas’ appearance.

For the non-golfing enthusiasts amongst us, Thomas Bjorn is the most successful Danish golfer, having won 21 tournaments worldwide. In 1997, he became the first Dane to qualify for the European Ryder Cup team. He went on to win the Ryder Cup on three separate occasions which culminated in his selection as European team captain in 2018.

The Ryder Cup is a fiercely competitive biannual team event held between Europe and the USA. It is the only team event of its kind in golf, which makes the captain’s role so unique in the sporting world.

Having initially touched upon his early career, Thomas explained the unique challenge he faced in managing a set of extremely successful individuals who are used to regularly playing against each other.

Thomas revealed that the captain has little over 12 months to prepare for the event. Only eight members of the team qualify for the competition based on their performance during the year. The captain can select just four wildcard players.

So, what management techniques did he employ to lead his team to success?

Early engagement and inclusion
Early engagement with potential team members was key to his strategy. As soon as it was clear who the automatic qualifiers were, Thomas identified key individuals with whom he chose to consult and discuss key decisions, thereby ensuring buy-in and trust. Potential wildcard selections were kept abreast of developments, decisions and strategy to create a culture of inclusion and involvement.

Create a positive environment
Thomas went out of his way to create a positive environment and atmosphere within the team. The wider structure of the team was also critical. Thomas was clear from the outset that he wanted the build-up and event itself to be fun. If his team were having fun, he believed that they were more likely to perform to their full potential under times of stress and pressure. He set up a WhatsApp group for the players. This increased communication and interaction between the players, thereby creating a team mentality.

Create Individually tailored management and communication strategies
Thomas recognised that the team would be made up of 12 individual sportsmen who are driven, independent individuals used to autonomy and total control of their professional lives. This meant that how individuals preferred to be managed would be quite different and unique. So, he invited potential team members to take a psychometric test. A first, he encountered resistance from the players. After all, no professional player wants to admit to areas of possible weakness. Eventually the players engaged with the process and he set about putting together a dossier on each team member. But it is what he did with this information that I think is clever. He prepared a summary card for each player highlighting how they prefer to be managed, their preferences for the way they communicate and most importantly, the methods they do not like and will react negatively towards. Thomas would refer to individual summary cards before he spoke to a player.

Create a balanced team
With five ‘rookies’ in the eight automatic qualifiers, he felt that his wildcard selections afforded him the opportunity to bring in experienced players. He also used the psychometric test information to ensure that every wildcard player brought with them leadership and motivational skills. These selections proved to be inspired and instrumental in the successful outcome.

Create surprise
Thomas explained that surprise was a key element to his management strategy. He felt that the players would be expecting his management style to be quite controlled and serious. Instead, he deliberately introduced a more relaxed, fun style.

Detail, detail, detail
Finally, Thomas identified attention to detail as a key strategy. The organisers of the event were very keen to allow fans as close to the action, suggesting that the crowd control ropes be allowed as close to the fairway as possible. Tactically, Thomas knew that the American team would be used to light rough on their courses which allows players to hit long inaccurate drives without severe penalties. He decided to allow the grass to grow a little longer to ensure their errant drives would be adequately penalised. Thomas also ensured that the spectator ropes were kept further from the fairways to ensure that the rough was not trampled down, thereby giving the European team an advantage. Such attention to detail had a huge effect on the outcome of the event as the American players struggled throughout the tournament.

So, what does this all mean for business and architecture, I hear you cry? What fascinated me about Thomas’ management style is just how transferrable and relevant the techniques are that he employed to lead his team to success.

Take his foresight to tailor communication to individual team members. At Box Architects, we work across two locations in Leeds and London. We are proud to have a diverse and deeply talented team. Box Architects has a global outlook with team members from Italy, Poland, Spain, Greece, Norway, Argentina, Ireland, Wales and Jordan – it’s what makes us unique as an architectural practice. But how we manage and approach such a diverse team is vitally important. Thomas’ speech reaffirmed the importance of nurturing individual talent and finding ways of encouraging them to exceed their own expectations – project after project. Sometime in the future, we may dip our toes into psychometric testing. For now, I am more aware of how I communicate with staff and whether it may be liable to misinterpretation.

Thomas’ ability to create a positive team environment is also fascinating. Here at Box Architects, we have an internal WeChat group which allows everyone the opportunity to share thoughts and experiences throughout the business. We have also introduced a team breakfast. Every Friday morning, we set aside half an hour when our phones are switched to silent mode. The time we spend together as a team allows us to get to know individual members of staff in a relaxed atmosphere.

And what do golf, business and architecture have in common? Turns out, quite a bit. Anyone for a round of golf?