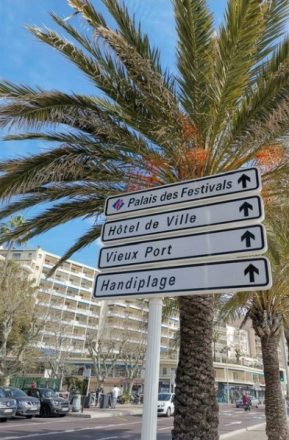 Lee Holmes, a senior architect at Box Architects, was amongst a party of four from our practice that travelled to Cannes for MIPIM. Here, he reveals how the key themes at this year’s event – data, smart cities, connectivity and AI – are all complex issues that raise a multitude of questions.

The annual migration to MIPIM presents a fantastic opportunity to connect, promote and learn. We attended several conferences staged throughout the week-long event. Stepping out of the noise of MIPIM and into the focus of the Palais des Festivals afforded attendees the chance to refresh their current thinking and tap into new ideas.

Key themes of the presentations were connectivity and smart cities. I learnt that smart cities need smart citizens, but that they must not exclude those unwilling, unable or with no access to engage with technology. In Europe, Barcelona is leading the way in implementing smart technologies that empower its citizens. Closer to home, Bristol is the UK’s smart city. So far, so straightforward.

One of the key themes at this year’s MIPIM was data; BIG data. But I learnt that data by its very nature is in a state of flux and collecting it to answer a set problem is transient and reactionary. More importantly, data is dumb; it is through its analysis and implementation that its real value is revealed.

We all agree that diverse communities provide diversity of thought. But to avoid marginalising the diversity we have strived so hard to achieve, we must ask the right questions rather than addressing through technology what we think the answers are. Technology should be an enabler not the end in itself.

Marvin Rees, Mayor of Bristol, explained that data, technology and smart cities may well be progressive and empowering for some, but how can it support the marginalised? He gave the stark example of child poverty. In 2018, child poverty in Bristol was a staggering 25 per cent. Nutritional poverty also stood at 25 per cent.

The future of big data is connected cities run by artificial intelligence (AI). We have pinned our hopes on increased production, efficiencies and output. But what are the impacts of AI and machine learning? I think more debate is needed around the adoption of AI and monitoring technologies.

Another speaker warned that anonymity leads to toxicity. Trolling of individuals on social media is unfortunately commonplace. But are we just dipping our toe in the water of where we may be heading as we actively promote and accept the population as a commodity?

The late, great Stephen Hawkins in his often-quoted statement proposed that “the development of full AI could spell the end of the human race”. However, we do seem to be doing a great job of this already with our impact on the planet and the oceans.

We left MIPIM for another year with a renewed appreciation of our place in the bigger picture as well as our influence and impact through the work we do. Coincidently, we had been considering technology, data and its emerging impact on the way we design. Since returning from Cannes, we have made a conscious decision to ensure we collectively investigate this further.

As architects, we play a vital role within the built environment and our decisions can often impact directly on the local and wider environment. The promotion of AI and smart technologies may well be driven by a client or investor and a response to the demands of the market. But should we take stock and reflect on whether the technological solution is always the right one? Are there simpler, less complex solutions?

I guess the trilemma is some are for it, a few are against and others so out of the loop they are not certain of what they are being asked. This debate is far reaching and far more complex an issue than the surface level question appears. Whilst the charge for progression and advancement is historic, we are charging headlong into finding answers we might not know the questions to. Here at Box Architects, we will continue to not only understand the answers but also debate the questions.