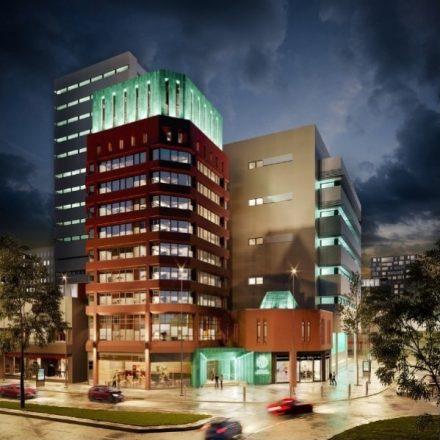 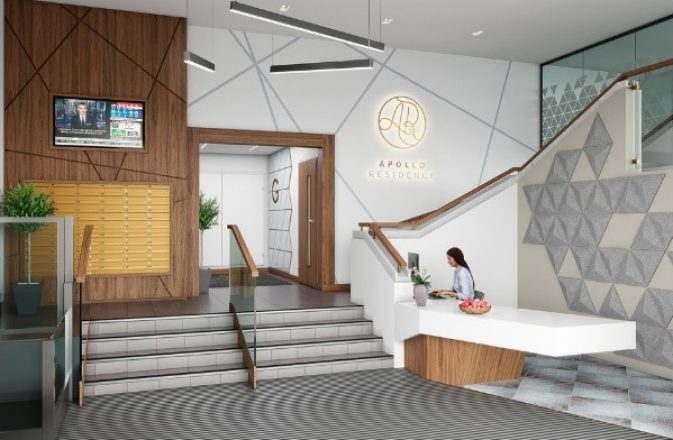 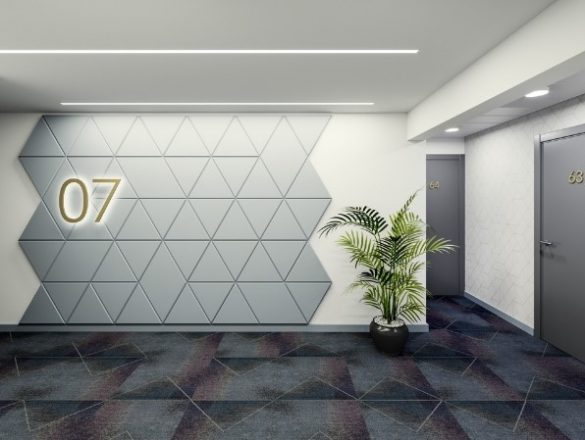 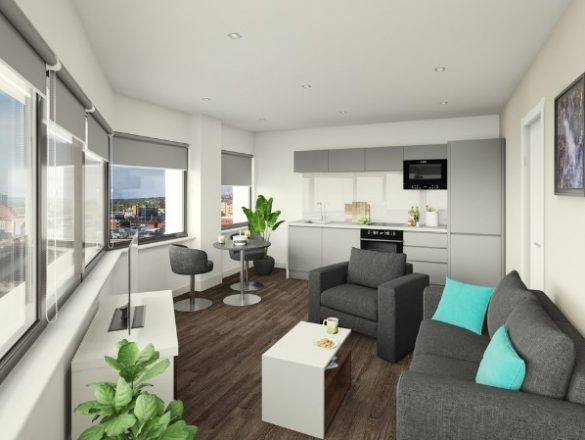 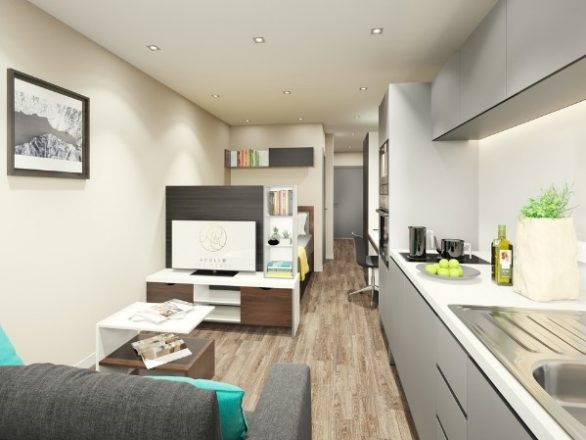 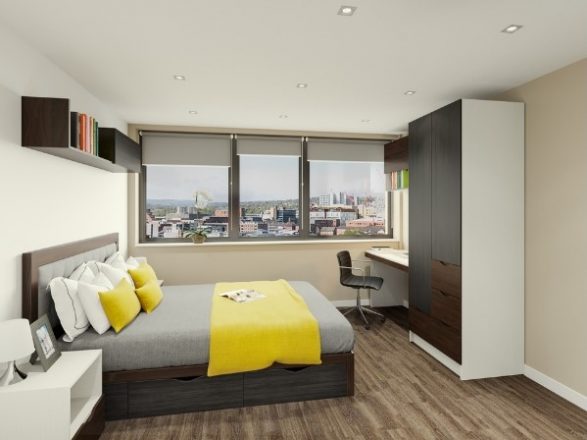 Work has commenced on The Tower, a new residential development in the heart of Sheffield on Furnival Square, defined as a vehicular gateway into the city by Sheffield City Council.

Once completed, The Tower will house 69 luxury flats within walking distance of Sheffield city centre and its most popular shopping districts: Fargate, The Moor and Pinstone Street.

The building, originally known as Sheffield Tower, was designed in the late 1960s by Jefferson Sheard & Partners as the headquarters for the Amalgamated Union of Engineering Workers.

The Tower will be a striking upgrade for this well-known landmark. Its prominent copper rooflight will remain. A new entrance and rooftop extension will unify the old and new buildings. Box Architects has maximised its development potential with the introduction of a two-storey rooftop extension providing a further 12 flats.

Angela Newton, Associate Director at Box Architects, says: “The Tower is yet another landmark project for both the Box Architects and YPP Investments teams that will see us venture further into South Yorkshire. Together, we are creating contemporary, high-quality living spaces in a highly desirable city centre location.

“Overcoming the challenges of redefining the building’s complex structure has not been easy. Collaboration has been key to this project’s success. We have and continue to work closely with Broadley, Arup, Novo Integration, Athene and Indigo Planning to create a commercially viable and creative development.”