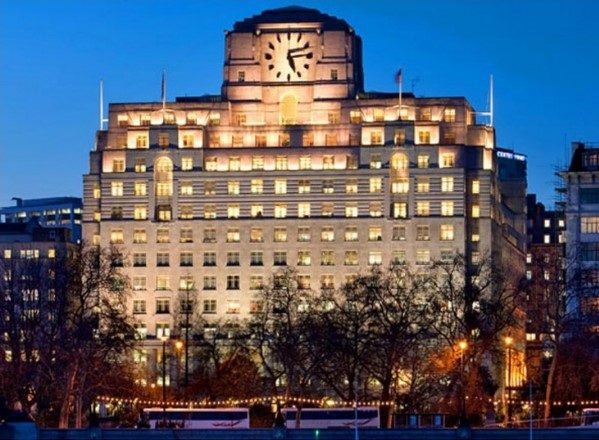 We have worked alongside specialist contractors and suppliers when designing and coordinating the studio at the Grade II listed building.

Shell Mex House was built in 1930 on the former site of the Hotel Cecil. It stands behind the original façade of the hotel and between Adelphi Terrace and the Savoy Hotel.

The new recording studio will be situated on the Embankment level. It will feature a main live recording room, main control room, two smaller edit rooms as well as a store room. The spaces will be linked by a central green room.

The project has been technically fascinating from the beginning as it clearly necessitated very specific, complex acoustic requirements. The live recording room will be built on a ‘floating floor’ and once completed, will be independent from all secondary walls within the studio.

The live recording and control rooms had to be designed to precise angles to meet detailed acoustic specifications. The studio will house state-of-the-art sound equipment and engineering facilities, including bespoke mixing and edit room tables.

The build will begin shortly and is due to be completed by August 2019.

Aiden Kearney, a designer at Box Architects, says: “We have thoroughly enjoyed the challenge of collaborating on a recording studio with such detailed technical specifications within a building steeped in history. We look forward to continuing this fascinating journey as the start of the build draws near.”